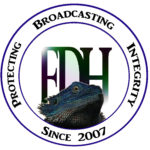 The FDH Lounge celebrates its 13th Anniversary with a look at the most noteworthy stories in pop culture and entertainment in the 2010s and 2020s with FDH Lounge Dignitaries Chris Galloway, Anthony Petrone, Jon Adams and Ron Glasenapp.